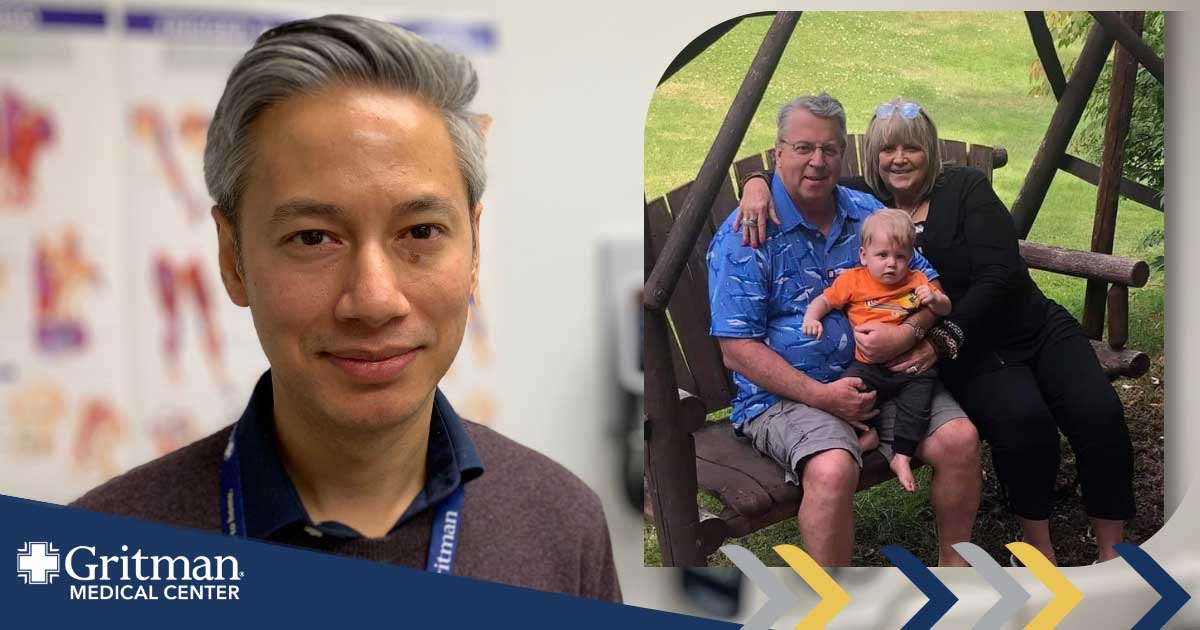 It was a referral to Dr. Pranabh Shrestha that Judy Morris credits with saving her life.

The Moscow woman has suffered with a severe form of eosinophilic asthma for more than 25 years, facing difficulties breathing and walking for more than short periods because of the effects the disease had on her lungs.

Learn more about treatment for breathing problems and other respiratory issues by visiting the Gritman Online Clinic
In addition to the severe form of asthma, Morris also receives treatment for sinus disease and allergies to everything from smoke to dust mites that have made it even more difficult for her to breathe and complete day-to-day tasks. A doctor once told her the combination was like having a wet blanket over her head, an elephant on her chest and having to breathe through a straw.

Those difficulties came to a head in December 2019 when Morris was admitted to the Gritman Medical Center Emergency Department for severe breathing problems after an asthma attack. Doctors kept her in the hospital for four days to stabilize Morris’s oxygen levels and encouraged her to set up an appointment with Dr. Shrestha, a pulmonologist relatively new to the Gritman system at the time.

That pulmonology appointment ended up being a game-changer for Morris.

“I’m just really thankful that you have the doctors you do, and I don’t want to go anywhere else.” — Judy Morris

“From the start, he listened to me, he didn’t think I was crazy. I told him all about the symptoms I had,” she said. “I was very impressed.”

The board-certified pulmonologist with Gritman Pulmonology sees patients for lung-related issues including asthma and COPD. He started Morris on a new protocol, prescribed a few specific injections and updated her medications. It took only about two weeks for Morris to feel like she could breathe again without severe problems.

“I just feel a million times better with his protocol,” she said. “He’s kind. He listens. He takes the time. I’m so lucky. I think he saved my life.”

Morris had previously traveled to Spokane and beyond over the years to get the care and follow-up she needed to treat the disease, trips that can be difficult with the breathing problems Morris suffered. Having Dr. Shrestha in Moscow made follow-up pulmonology appointments easier to make, especially when roads ice up in the winter.

Two years later, she still refers to Dr. Shrestha as a “miracle worker,” and Gritman as her home base for all of her medical care.

“I’m just really thankful that you have the doctors you do, and I don’t want to go anywhere else.”

Pictured at top: Judy Morris, shown with her husband Tom and grandson Declan, credits the pulmonology care of Dr. Pranabh Shrestha (left) and Gritman Pulmonology with saving her life after battling severe asthma for more than 25 years. Dr. Shrestha was so responsive to the lung health problems suffered by Morris that she has praised Shrestha as a “miracle worker.”