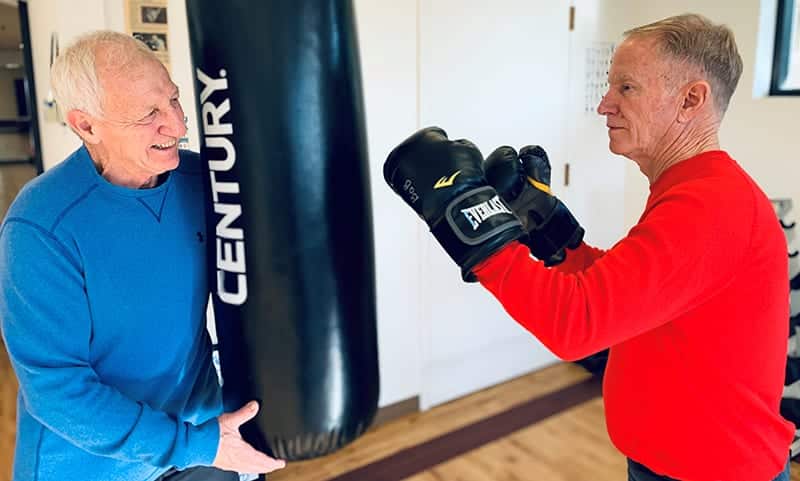 Like many of the more than 1 million Americans living with the disease, Jeannie and Bob were not willing to sit idly by and let it control their lives.

Both are regular participants in Gritman Medical Center’s Rock Steady Boxing program, which was formed about a year ago thanks to the diligence of Dr. John Grauke. The intense fitness program is based on non-contact boxing training principles and is designed to improve the mobility, balance, strength and cognitive ability of people fighting Parkinson’s. The program is offered across the country and has been shown to improve motor function and may help slow the disease’s progression.

“It’s an aggressive program, and that’s what it takes to kill Parkinson’s,” Bob, a retired Air Force fighter pilot, said. “This is program that is doing people a lot of good – and selfishly I’d say me too.”

And while the boxing portion of the training may scare some people off, Jeannie said it shouldn’t.

“I never in a million years thought I would have boxing gloves on – but it has been really great,” Jeannie said. “If you’ve got Parkinson’s – even if you are at the earliest stages and don’t have many symptoms or in the later stages with less mobility – it is still a great class.”

The program is offered weekdays at Gritman’s Martin Wellness Center, 510 W. Palouse River Drive. Courses are held at 7 and 9:15 a.m. Mondays, Wednesdays and Fridays, and at 1:15 p.m. Tuesdays and Thursdays.

An open house for those interested in the program will be held 6-7:30 p.m. Nov. 19 at the Martin Wellness Center. The event will open with a brief introduction on Rock Steady Boxing, followed by demonstrations of a class at 6:15 and 7.

The program’s coaches at Gritman all have witnessed amazing results for participants. Many participants see improvements within the first month.

“We have had stories of people who have been diagnosed with Parkinson’s and they don’t quite know what to do with themselves. A lot of them they will go home and just cave in on themselves for years until they can actually come together and understand there are programs like this out there that will allow them to get back into the world,” coach Wayne Browning said. “We become a family, and to see it is just a blessing.”

Jeannie is grateful such programs are available on the Palouse.

“I want to thank Gritman for making this happen. I don’t think I would have ever dreamed that Moscow would have a class like this for those of us with Parkinson’s,” Jeannie said. “It is a really important resource for the community and I am really appreciative that Gritman is working to make this possible.” 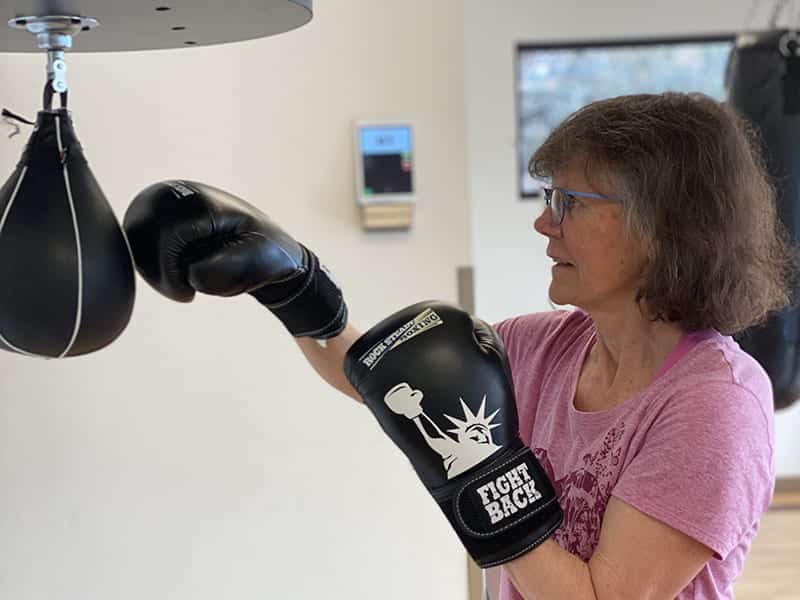